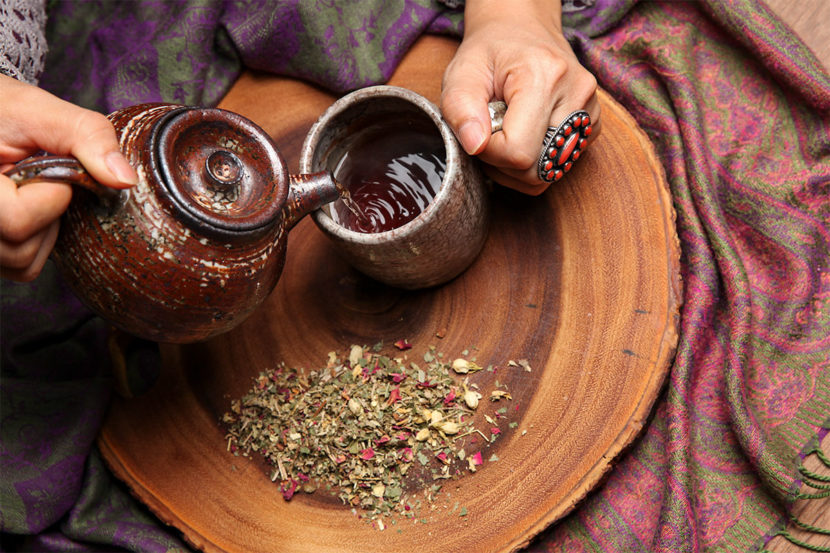 One of my favorite things to do at Remedy Garden is to decide which daily tea to brew from our wide array of in-house created blends.

One of my new favorites is Ero-tea-que,  a combination of herbs which have aphrodisiac qualities. Not only have I enjoyed the expansiveness and heart opening qualities of this tea it has also given me a deeper understanding of what exactly aphrodisiac herbs are and the gifts that they share.

Typically when one thinks of an aphrodisiac, lustful images of seduction fill the mind. While it is true that this class of herbs has been shown to increase sexual arousal, heighten sensitivity and increase sexual stamina, these benefits are not superficial in nature, but rather occur because vitality is being balanced and restored on deeper levels.

In fact, many of the herbs classified as aphrodisiacs are actually tonics which are deeply rejuvenating to the entire hormonal, nervous system and circulatory system. The herbs in Ero-tea-que each share their own unique gifts which classify them as an aphrodisiac.

Rose petals have been associated with the heart in both western and eastern healing modalities as well as different religions. This sacred plant has also been shown to have nervine qualities, balance the hormonal system, increase circulation, ease depression, and counter infertility.

The sweet smelling jasmine flower has been used for thousands of years. Besides offering antioxidant protection, healing the skin, and possessing antispasmodic properties, jasmine gently eases tension and awakens joy, helping one to be more receptive.

Cinnamon's aphrodisiac qualities were appreciated by the Romans, Greeks, ancient Egyptians, and also in both Chinese and Indian medicine. Largely due to its stimulating characteristics, cinnamon has been used both in food and oils, to heighten arousal. In similar fashion, both cardamom and ginger are warming in nature, increase circulation, and have both been used to aide impotence.

It is fascinating to learn about these deeper elements present in aphrodisiacs. I see them as herbs that are deeply restorative in nature as well as heart opening…and whether we use them within a romantic relationship or to bring an expansive quality to our own being, there are many long-lasting benefits to be had.

From Ero-tea-que, to tinctures, to the more subtle essential oils and flower essences, Remedy Garden has many options for you to nourish yourself, in this loving way.