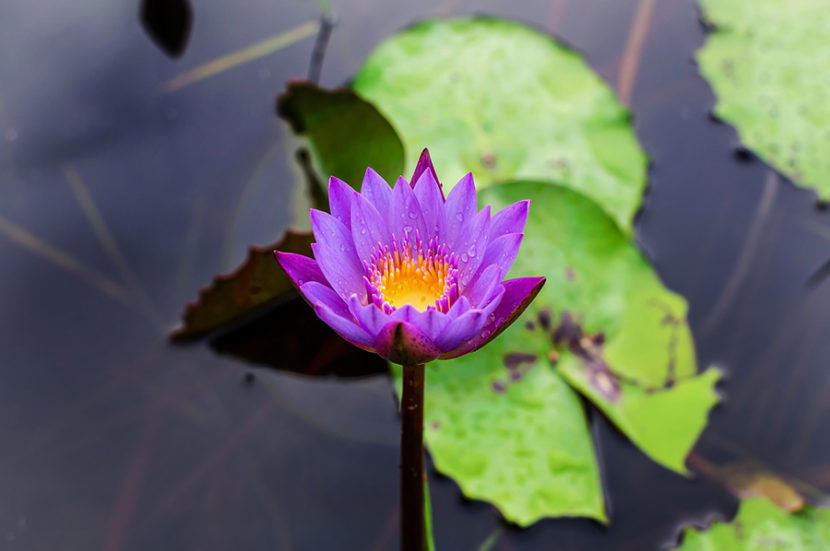 The concept of lucid dreaming has both eluded and entranced people for centuries.
Is it something that just happens or can it be learned?
According to the 2002 film, "Waking Life", becoming lucid isn't just about knowing you're dreaming while you're dreaming but also becoming more aware and lucid during what we call the "waking state".

Edgar Allen Poe says, "All that we see is but a dream within a dream". Are these just lofty absinthe inspired words from a day dreamer and poet or are they words of wisdom from someone who dared explore the frailty of the threads that weave together the fabric of reality?

Whichever you fancy, the physical world we live in supplies us with a potent array of plant allies who can aid us on our quest to lucidity if we choose. They have been dubbed "Oneirogenos" stemming from the Greek words "Oneiros" meaning "dream" and "Gen" meaning creating.

The first among them and arguably one of the more popular ones in Western culture at this time is Nymphaea Caerulea or Sacred Blue Lotus. You may recognize this flower depicted on hieroglyphs from ancient Egypt. This traditional ceremonial plant contains the psychoactive alkaloid Aporphine, used amongst the Egyptians and the Mayans to attain euphoric and altered states of awareness. It's primarily used in tea, tincture, wine or smoked.

Another common herb which grows prolifically around streams and wet waterways is Artemisia Vulgaris, also known as common mugwort. In Japan, this herb is believed to belong to "the Goddess of progeny, life & death". It contains the psychoactive component found in Absinthe, α & β Thujone. This plant has been known to introduce colors to black and white dreamscapes, enhance dream recollection, and increase sensory perception within the dream state. This herb should be avoided if pregnant or lactating as it is also a uterine stimulant. This herb can be experienced by placing a small amount under your pillow, brewing a tea, making a tincture,
or smoking it.

Calea Zacatechichi also known as "Mexican dreaming herb" native to Central America, primarily Costa Rica & Mexico. It's been used traditionally by the Chontral tribe's Shamans to enhance visionary dream states for purposes of gaining new insights and guidance into tribal day to day matters. There isn't much research into the chemistry of this plant, but it is presumed that the two sesquiterpene lactones, called kaleicin & kalechromene are responsible for the slightly mind altering affects. When ingesting this plant, beware, as it is also known as "bitter grass". Preparations include teas, smoke blends, or tinctures.

SIlene Capensis, hails from Africa and is known as Xhosa Dream Root. This root is also used as a Shaman's brew for increasing vivid imagery & prophetic dreams. Traditional preparation is tea or tincture before bed.

This is a small review of the plethora of herbs that can aid us on our journeys into the depths of the unknown where our subconscious lays awake, waiting
to share its secrets.